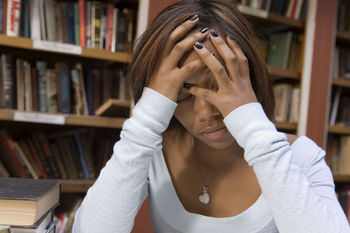 Putting undue stress on yourself to accomplish a “unrealistic” goals can be self defeating.

What I mean to say is that it took you time to develop the belief system you currently have… so it only stands to reason that it is going to take some time for you to change that belief system. I’m not suggesting that it’s not possible for a person to change “overnight” but it is highly unlikely.

I think we put enough pressure on ourselves as it is, and when you put this type of pressure on yourself where you are saying, “Well, I’ve read this book on Friday, and now it’s Sunday, why am I not a millionaire?

Why am I not attracting all the wealth and abundance that this book said I would?” You’re putting more pressure on yourself than necessary, and really what is happening then is the opposite of what you want to happen.

But what I do want to say here is really take into consideration the fact that when you were two, three, four, five, six years old, seven years old, those are the absolute, most impressionable ages in anyone’s life.

How Your Brain Processes Information

Your brain is like just a sponge, just taking in information. Not only does it just take in every bit of information that it gets, it also takes it on as the truth. It’s actually taking that information on as this-is-the-way-things-are. Because of that, it starts to build a belief system. It starts to actually mold your paradigm that you will potentially live into.

Of course, again, that paradigm can shift at any given time. But if you’re 25 years old, and you’ve learned something at five years old, particularly, if that thing was reinforced at five, six, seven, eight, nine, ten, 11, 12, 20 and still 25.

I mean, if you think about the fact that something may have been taught to you and reinforced in your life for 20-some, 30-some, 40-some years, the likelihood of that belief system going away overnight, again, is very, very low.

The point is that if you truly want to change your belief system and create the life you want you have to stop the insanity and give yourself time. Be persistent and consistent in your efforts and you will see the rewards before you know it.

5 thoughts on “Stop the Insanity!”